An endless passion for music, for voices,
for discovery, for people, for life.

Miriam Stockley cut her first recording at the tender age of eleven in her native Johannesburg. Together with her sister Avryl, she had several hit records in South Africa, and spent most of her childhood years on stage or in the recording studios. 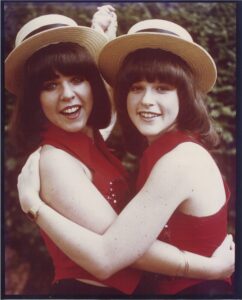 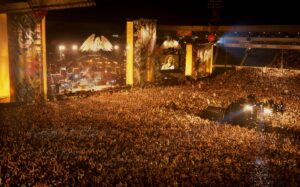 She moved to the UK in her late teens to further her career in the music business, and worked as a backing singer to some of the world’s most famous recording artists, including Tina Turner, Freddie Mercury, Queen, Tom Jones, Kylie Minogue, David Bowie and Elton John, to name a few. Her natural ability for mimicry together with her sight-reading skills and unique multi-tracked harmonies made her one of the most unique and sought after singers in the business. 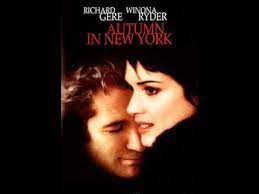 Her distinctive solo voice has graced several cinema film and TV soundtracks such as: ‘Lord of the Rings’, ‘Great Expectations’ and as well as featuring on hundreds of well-known UK and US TV and radio commercials, such as ‘Delta Airlines, ‘American Airlines’, ‘7-UP’, ‘JC Penny’, ‘British Airways’, ‘Cadbury’s Fruit n Nut’, and ‘Cheltenham & Gloucester’. Miriam also worked with the renowned film Director, Oscar nominee for Leaving Las Vegas, Mike Figgis, in his earlier film, One Night Stand with Wesley Snipes. In the film Memphis Belle, Miriam was featured on the soundtrack and she co-composed with Gabriel Yared, music for the film ‘Autumn in New York’, with Richard Gere. 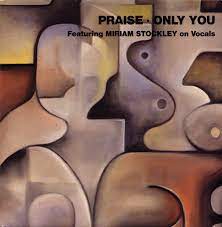 She began concentrating on a solo career after her first successful recording group ‘Praise’, reached number 3 in the UK charts in 1991 with the song entitled: ‘Only You’. The distinctive wordless vocal style and multi-tracked African vocals soon became her trademark.

This, together with her extensive studio work, brought her to the attention of former ‘Soft Machine’ members Karl Jenkins and Mike Ratledge. In conjunction with the London Philharmonic Orchestra they recorded the first ‘Adiemus’ album in 1995 entitled “Songs of Sanctuary”. The album went on to become one of the most successful Contemporary Classical albums of recent years. 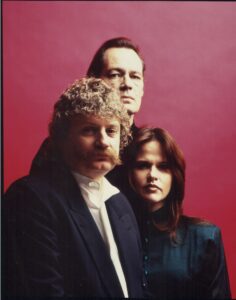 Together with Adiemus II – “Cantata Mundi” & Adiemus III – “Dances of Time”, the albums sold in excess of six million copies worldwide, achieved gold record status in several countries, and have become mainstays of the British Classical charts and Classic FM’s Countdown. Miriam performed music from both albums at its live premiere at the Royal Albert Hall in 1996. 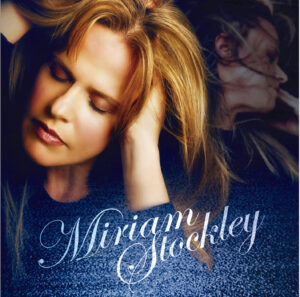 In 1999, Miriam released her own solo album entitled ‘Miriam’, which received glowing acclaim in many music papers around the world. In June of the same year, she appeared live on stage at the ‘Diana Princess of Wales Tribute Concert’ at Althorpe House, televised and broadcast internationally. Miriam’s Adiemus CD, “Songs of Sanctuary” was the last CD that the late Princess of Wales bought before her death.

Miriam completed a successful promotional trip to Japan with Adiemus in July of the same year and shortly after Adiemus IV – ‘The Eternal Knot’ was released. She spent most of 2000 recording and producing her second solo album, ‘Second Nature’, and it was at this point in time that she decided to part ways with the Adiemus team to expand her musical parameters and explore her options as a solo recording artiste.

After moving to the United States in 2001, Miriam co-composed music with her former work associate Helene Muddiman, for the award-winning international film “Skin” and recorded vocals for composer Ron Owen on the film: End of the Spear, directed by Jim Hanon.

She co-wrote and recorded with several artists and producers during that period, including the successful David Arkenstone.

Miriam decided that it was time to record a third solo album. She began formulating ideas, writing lyrics and collecting material for her new contemporary Classical album, ‘Eternal’, which was released in late 2006. 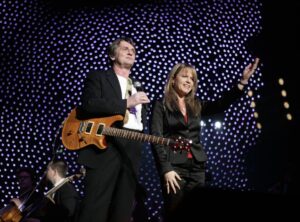 With Mike Oldfield (Night of the Proms)

The album coincided with her German ‘Night of the Proms’ tour in December, where she performed material from her new album and guested as a soloist with her former colleague Mike Oldfield, with whom she had performed on his Millennium Bell album and at the turn of the century concert at the Brandenberg Gate in Berlin.

She also reunited with her two American writing partners Richard Gannaway – founder of AO MUSIC and Jay Oliver. Together they co-wrote and produced four CD’s – ‘Twirl’, which won the ZMR 2011 Best World Album ‘…and Love Rages On’, ‘Hokulea’ and their highly acclaimed release, ‘Asha’, released in March 2017, which won another Zone Music Reporter award in 2018. A fifth AO Music album entitled “Kutumba”, was released in early Spring 2021 and jumped straight into number one in the Indian charts, as well as number three in the Zone Music Reporter charts. “Kutumba” (meaning family), has been highly acclaimed by contemporary World / New Age Music critics and radio DJ’s all over the world. 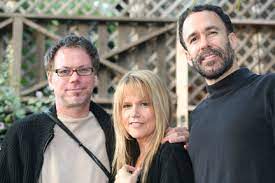 In between recording projects, Miriam collaborated with musical arranger / composer Don Harper on the state of the art, “Rivers of Light” show, at Disney’s Animal Kingdom Live Experience.

More than forty highly successful years in the music business has not dampened Miriam’s enthusiasm for her music. She is constantly researching new areas of her trade, having been voted onto the board of directors of AOFI (AO Foundation International), a non-profit organization set up to feed and house impoverished children all over the world through music. www.aofi.org